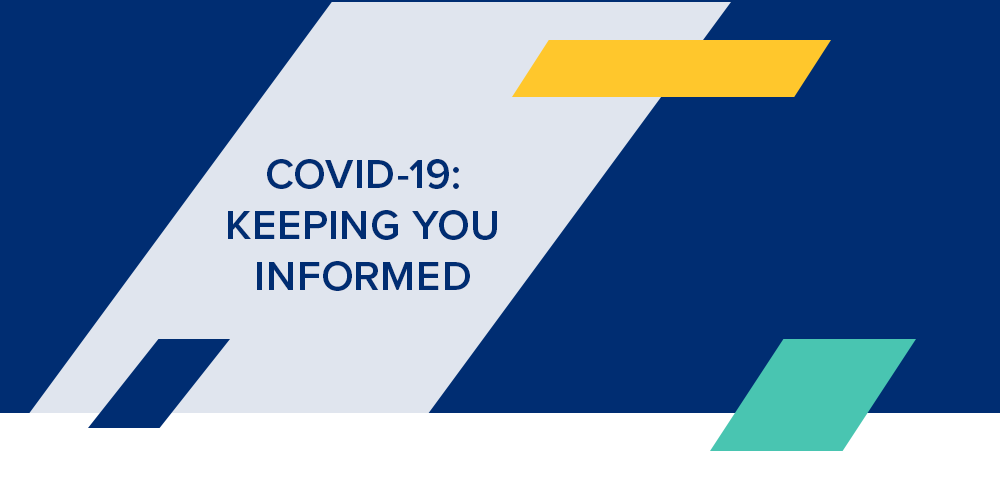 We’re updating you on two news items from this weekend: this evening’s statement from the Prime Minister on modifying lockdown restrictions and the Transport Secretary’s announcement of £2bn package to support public transport policy in the coming months.

Statement from the Prime Minister

As you may have seen, this evening the Prime Minster Boris Johnson unveiled a three step ‘conditional plan’ to re-open society. He recognised the toll that the lockdown is having on business and people in the UK but warned it was not the time to end the lockdown.

In order to govern how quickly the lockdown restrictions could be lifted the government has launched a new ‘Covid Alert System’ with five levels. Level One means the disease is no longer present in the UK and Level Five is the most critical.

The three step ‘conditional plan’ for June and July, which will go live from tomorrow, is outlined below:

Step 1: From tomorrow, if employees are unable to work from home they should return to their workplace but are urged not to use public. Industries cited as being able to return to work include manufacturing and construction. A series of new guidance for employers to make workplaces safe and secure are being worked on and are due to be made available in the coming days.
From this Wednesday, people will be allowed to take unlimited outdoor exercise, will be permitted to sit in parks, drive to other destinations and play sports with household members only, as long as social distancing measures are adhered to.

Step 2: From 1 June – at the earliest and after half term – should the R rate remain below one a phased plan to re-open schools will be explored. This will start with children in reception, Year 1 and Year 6. Some shops may also be allowed to re-open.

Step 3: From July and only if the numbers support it, the government will be in a position to consider re-opening some of the hospitality industry and other public places, provided they are safe and enforce social distancing.

The Prime Minster will be revealing more details in parliament tomorrow and will be taking part in a public Q&A tomorrow evening; details of when this will take place are due to be announced shortly.

To see the speech in full visit the government website.

On Saturday, the Transport Secretary, Grant Shapps, announced the launch of ‘an ambitious’ £2 billion package of cycling and walking investment to relieve the pressure on public transport over the coming months. A national ‘cycle plan’ will be launched in early June, the first stage will include pop-up bike lanes, wider pavements and cycle and bus-only streets. The government will be working with local authorities to implement plans.

To find out more about the scheme please visit the government website. Over the coming weeks we will be working with Kingston Council to look at how this will be implemented across the town to support the gradual, safe and welcoming Re-opening of the town centre.

We will be updating you with further government announcements as they emerge this week alongside our updates and response on these policies.